A walker fell at the summit of Scafell Pike and sustained a head & knee injury. Initially there was some concern regarding the walkers condition and the coastguard helicopter from Prestwick attended and ferried team members up the hill. Once on scene the casualty was assessed by the team doctor and it was determined he was not seriously injured and was able to be carried off the hill. Initially we were supported by 4 members of RAF Valley MRT who helped carry the stretcher down to Lingmell Col. We were then joined by our colleagues from Duddon and Furness Mountain Rescue Team who helped with the remainder of the carry down Lingmell Nose. 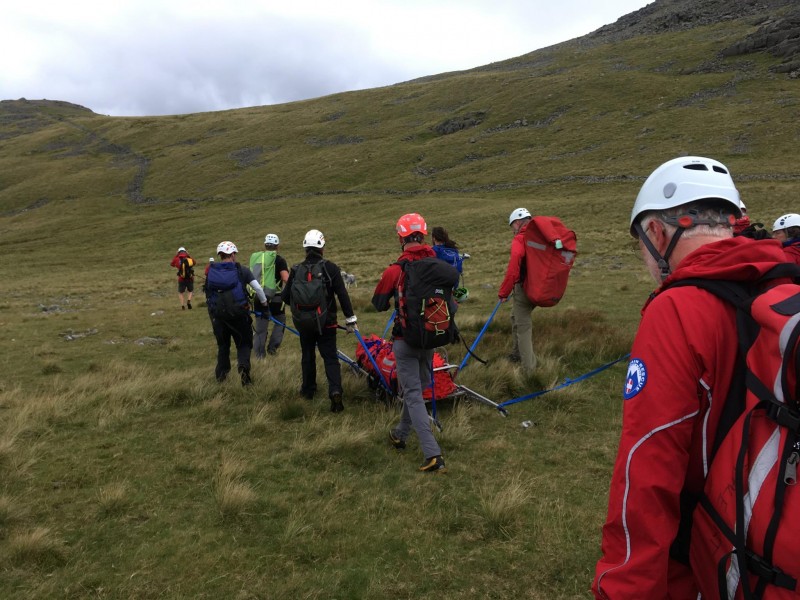 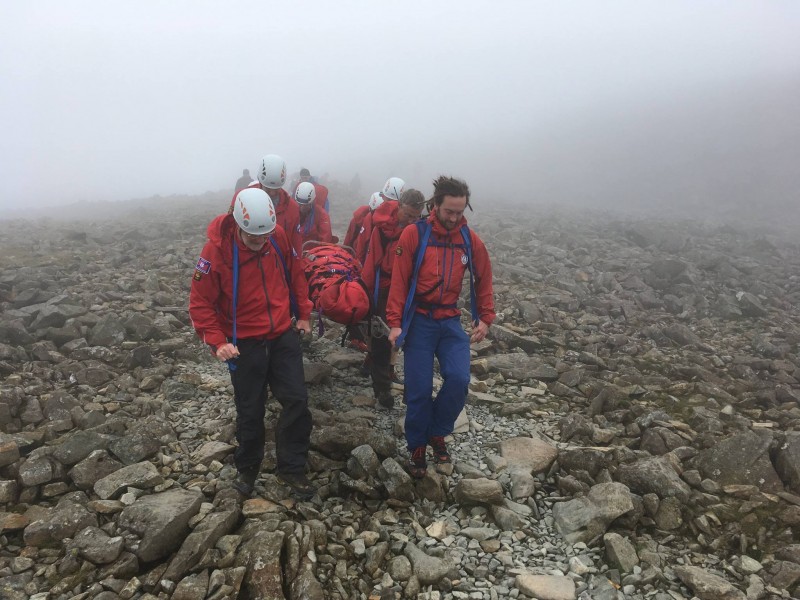