The team were alerted to a party of two male walkers, one of which was suffering from severe chest pains and feeling very unwell. The alert was raised by another walker who had encountered them on the hill and volunteered to raise the alarm at the nearest farm. A full callout was swiftly made and the team deployed. The weather conditions were far from ideal for helicopters but both Helimed 58 and Rescue 936 from Caernarfon were scrambled.
It was expected that we would find the casualty and his friend reasonably high up at an elevation of approximately 450m towards Beck Head. However, we were somewhat amazed to find them in the valley near the bridge at Gavel Neese, after somehow they had managed to struggle down together.
Team Casualty Carers assessed and treated the casualty prior to the arrival of Rescue 936 helicopter. They were thankfully able to land near the scene and after a short stretcher carry he was airlifted to hospital for further assessment and treatment.
The team then transported the casualty’s friend to the Wasdale Head Inn, where we were very grateful for the provision of tea and rather excellent soup.
For the second time in less than 24 hours, we thank both of the helicopter agencies, the walker who raised the alarm, the farming community for making the call to us, and in particular the stoic and determined casualty who made a huge difference to the speed and difficulty of the onward journey to hospital.
We wish the casualty a very speedy recovery and hope to see him back on the Wasdale fells before too long. 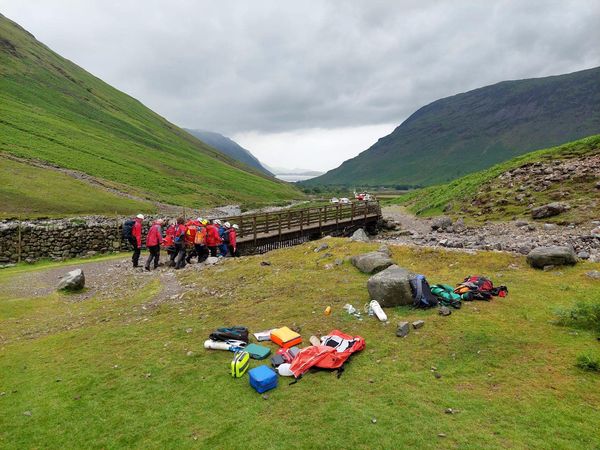 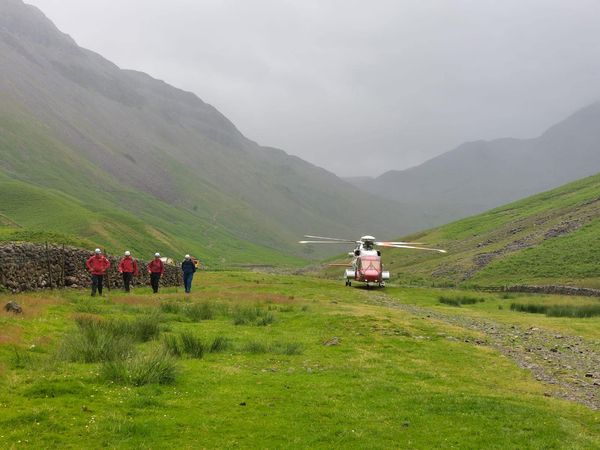 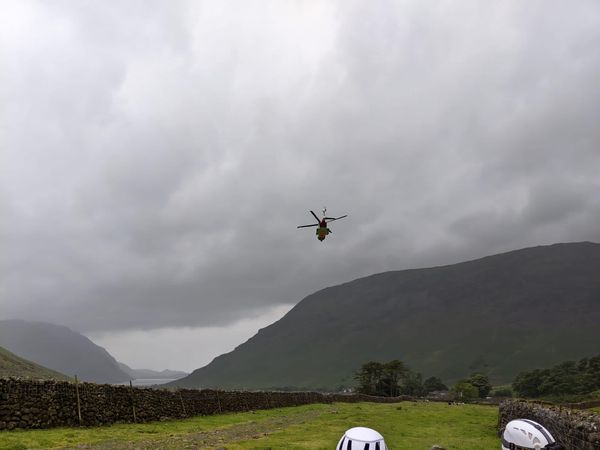