We were called by Police about a walker who had fallen on the steep scree next to the East Buttress of Scafell and injured his shoulder. Due to the difficult location and evacuation route an S-92 Coastguard helicopter was requested. Team members including a doctor and the aircraft paramedic helped to stabilise and package the casualty. Due to difficult weather conditions he was then moved short distance down the slope by the team to the waiting aircraft which took him to Carlisle Hospital. Many thanks to the Prestwick crew for turning out and helping us avoid a long, difficult carry.

A couple more videos of today's rescue – who would think it's nearly the end of April! 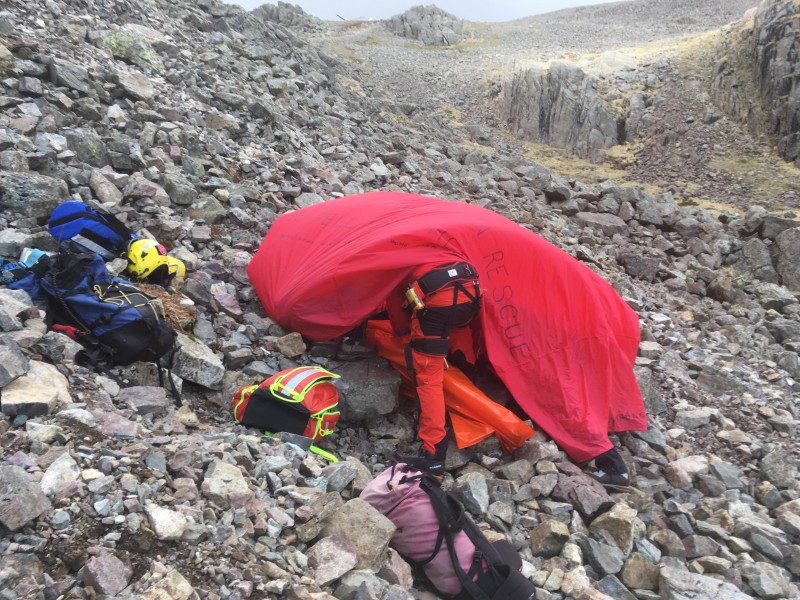 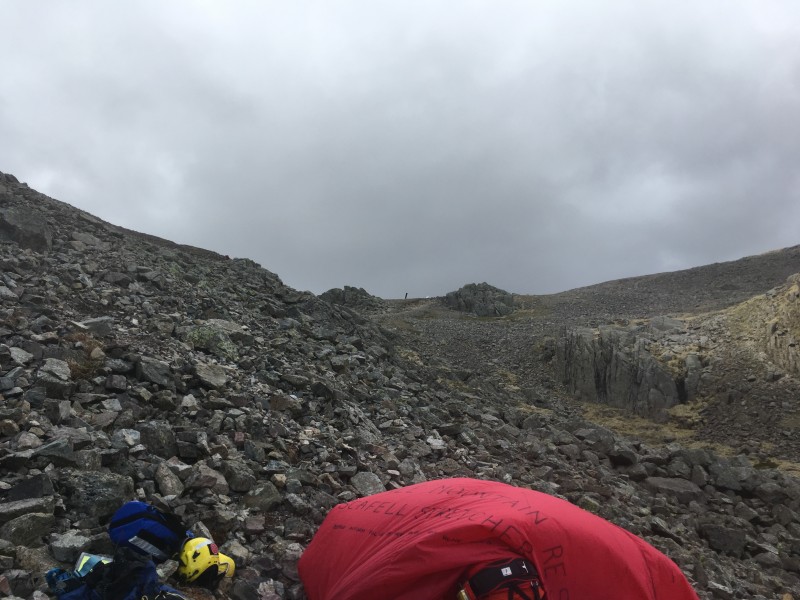 Incident24 in 2016 TypeFull Callout — Injured & Medical LocationEast Buttress, ScafellOther AgenciesRescue 999 from PrestwickDiagnosisArm InjuryThis time next week one of our team members will have set off running from Pooley Bridge in the northern Read more…

Incident24 in 2016 TypeFull Callout — Injured & Medical LocationEast Buttress, ScafellOther AgenciesRescue 999 from PrestwickDiagnosisArm Injury As a volunteer team we are solely reliant on public donations to keep our team operational. We raise some Read more…

Incident24 in 2016 TypeFull Callout — Injured & Medical LocationEast Buttress, ScafellOther AgenciesRescue 999 from PrestwickDiagnosisArm InjuryThe team would like to say a big Thank You to Leanne Ritchie who has raised the fantastic sum of Read more…