We were called by Police about a walker who was reported to have collapsed near the summit of Great Gable. Unfortunately, despite the best efforts of his companions, he did not survive. We are grateful to the S-92 helicopter from Caernarfon who helped us evacuate the casualty from the mountain despite poor flying conditions and also to Duddon and Furness MRT who were backing up. Our thoughts are with the walker’s family and friends. 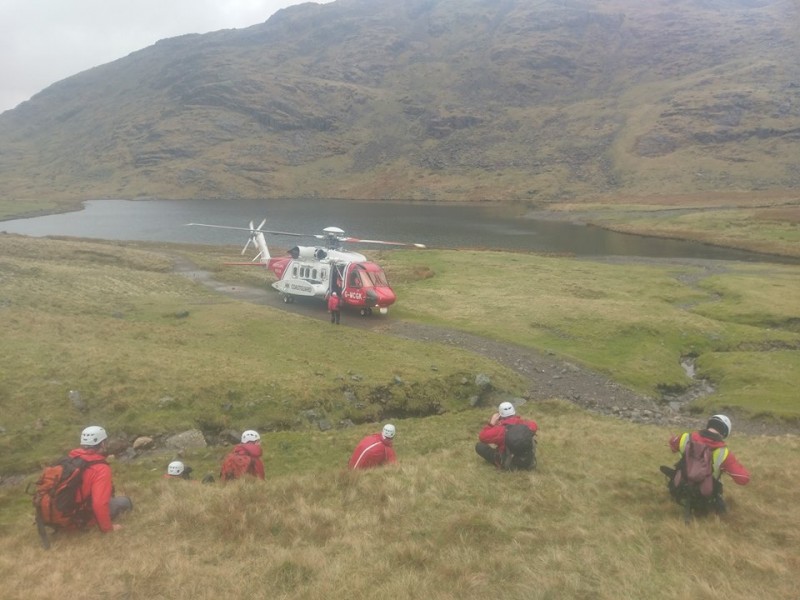 Incident27 in 2017 TypeFull Callout — LocationGreat GableOther AgenciesDuddon & Furness MRT, Rescue 936 from CaernarfonOn Monday 13th June, an incredibly generous cheque for £800 was presented to the team by Mr Bob Smith and his Read more…

Incident27 in 2017 TypeFull Callout — LocationGreat GableOther AgenciesDuddon & Furness MRT, Rescue 936 from Caernarfon Over 1700 Mountain Rescue volunteers are honoured to be recognised and included among the frontline emergency, armed forces and prison Read more…