2 walkers called police to say they were lost after nightfall. They had walked up Scafell Pike from Wasdale Head. Phonefind put them above Cam Spout Crag in Eskdale. GR NY 213055.
As they had very limited battery life on their phone, and no torches, the team leader decided against trying to talk them off and a limited callout was initiated.
A party of team members made their way to the location, arriving on scene just before midnight. They descended from above as the ground below the walkers was steep and craggy. The party were warmed up and walked off back to Eskdale where a taxi took them back to their car at Wasdale Head. 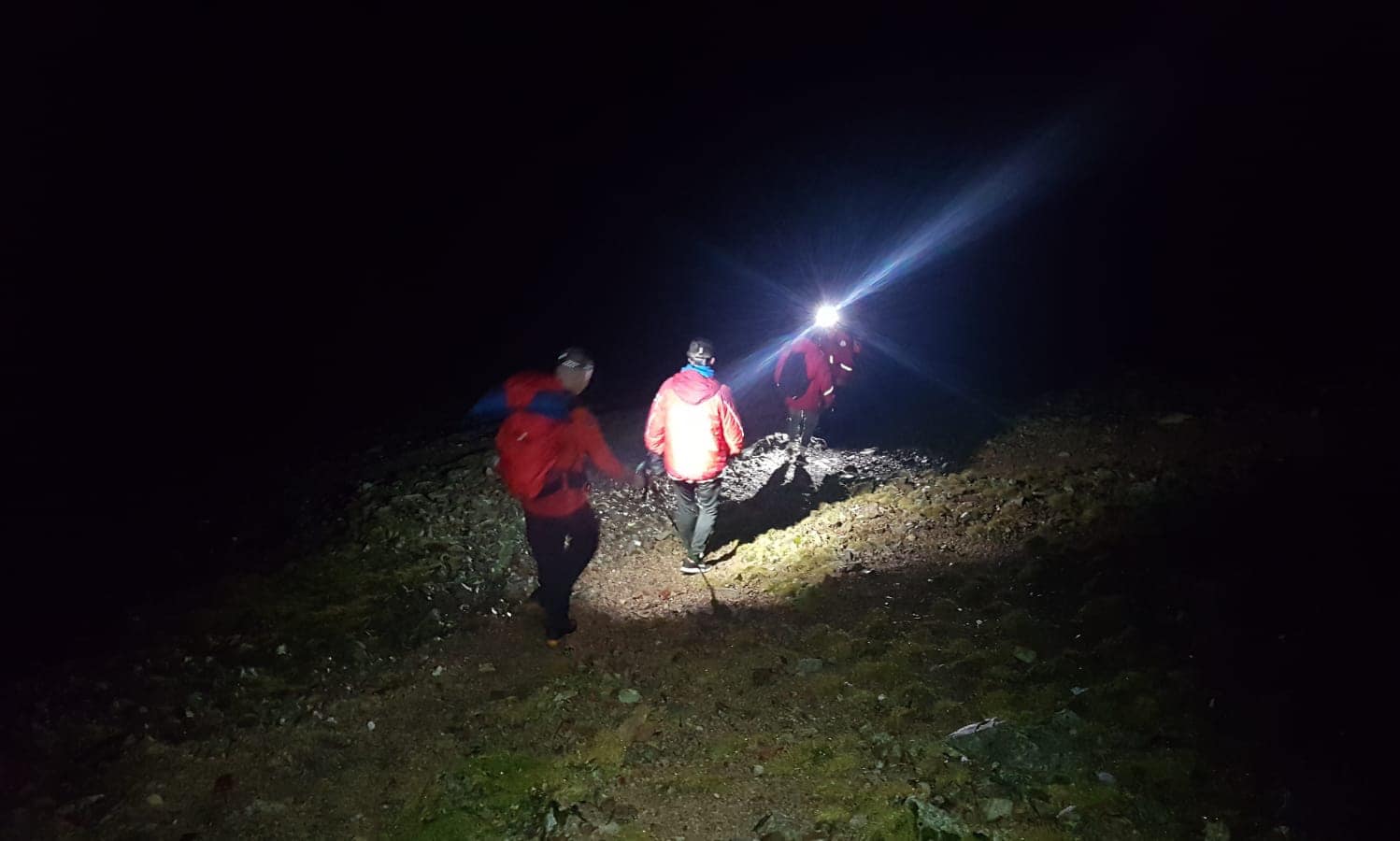 Incident83 in 2020 TypeLimited Callout — Lost LocationUpper EskdaleWeatherLow Cloud Over 1700 Mountain Rescue volunteers are honoured to be recognised and included among the frontline emergency, armed forces and prison service workers across the UK who Read more…

Incident83 in 2020 TypeLimited Callout — Lost LocationUpper EskdaleWeatherLow Cloud The team said a sad farewell to a stalwart of the team since February 1980. Pete Baines sadly passed away peacefully at home after a long Read more…