The team was called out to rescue a walker who had taken a stumble fall and sustained a head injury on the Summit of Scafell Pike. After administering casualty care and with help from eight members of Duddon and Furness MRT we stretchered her down to Wasdale via Lingmell Nose. 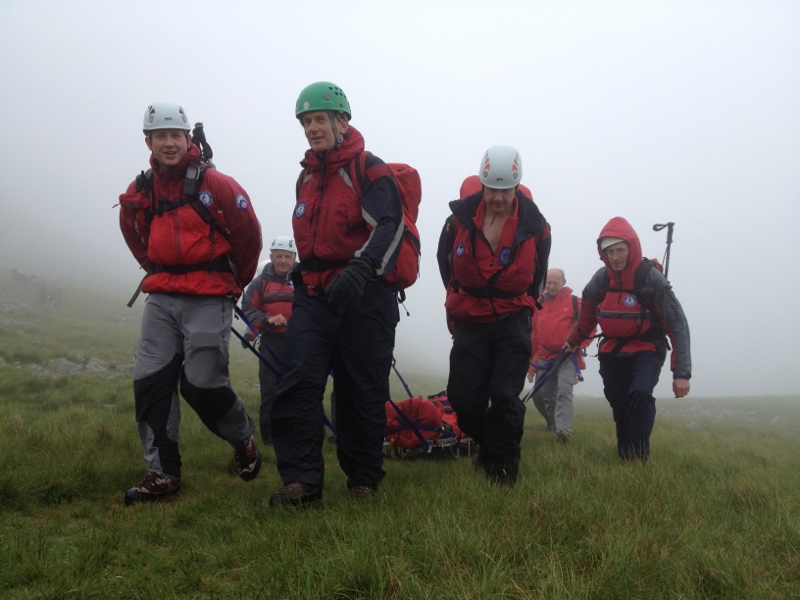 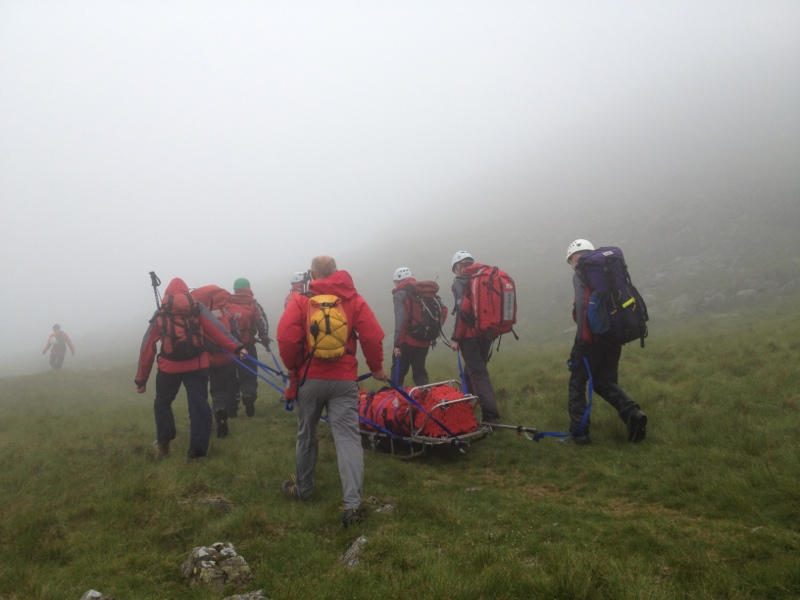 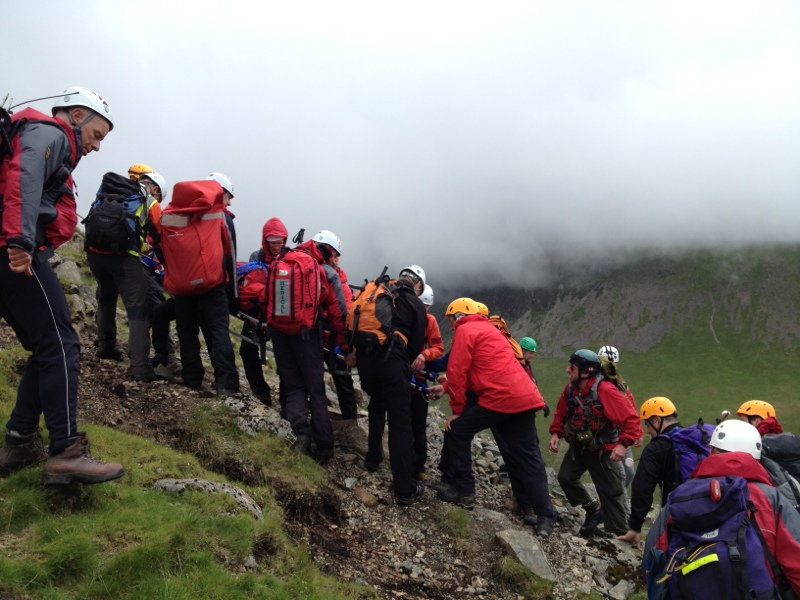 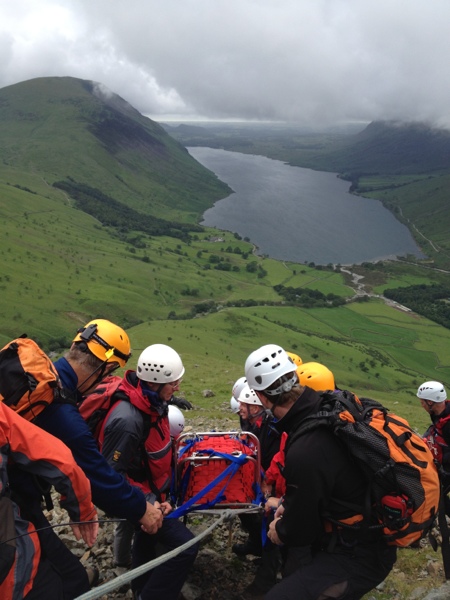