The team spent 3 days searching for a missing walker on Scafell Pike.
The walker was initially reported overdue from a walk on Scafell Pike on Sunday 14th January at 19:00. Team members who had already been to an injured walker near the summit searched in foul conditions but without success. Assistance was requested from Duddon and Furness Mountain Rescue Team and Keswick Mountain Rescue Team who did searches of Eskdale and the Seathwaite valleys. Due to extreme weather conditions all hill parties retreated around midnight.
The search resumed at first light on Monday with teams from Wasdale, Kendal, Coniston, Penrith, Cockermouth and Lake District Mountain Rescue Search Dogs.  Once the weather improved slightly a coastguard helicopter from Prestwick also joined the search but once again the missing walker was not found.
The search continued on Tuesday (17th January) with teams from Wasdale, Keswick, Kirkby Stephen, Duddon, Langdale Ambleside,  RAF Mountain Rescue and Bowland Pennine. There were dogs from the Lakes and as far away as Oldham from SARDA England.
Around 10:00 on Tuesday morning shouts for help were heard in the Silverybield Crag area in Upper Eskdale. The missing walker was found stuck in boggy ground. He’d been moving throughout much of the time and had injured both his wrists on the Sunday evening. He was airlifted to hospital by the coastguard helicopter from Caernarfon. A good outcome.
We’d like to thank all the teams, dog handlers, air crew, Police and others who supported the search, often in difficult conditions. 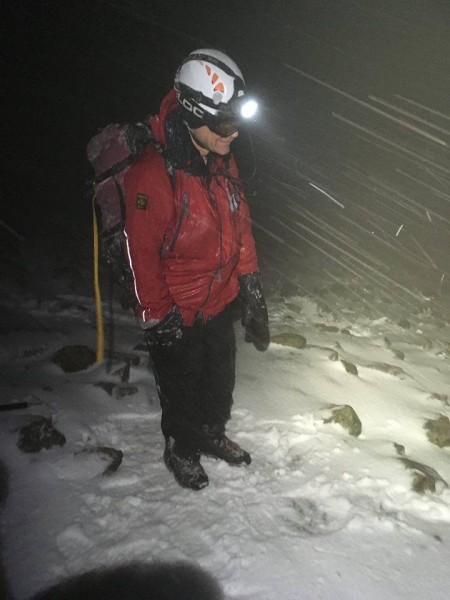 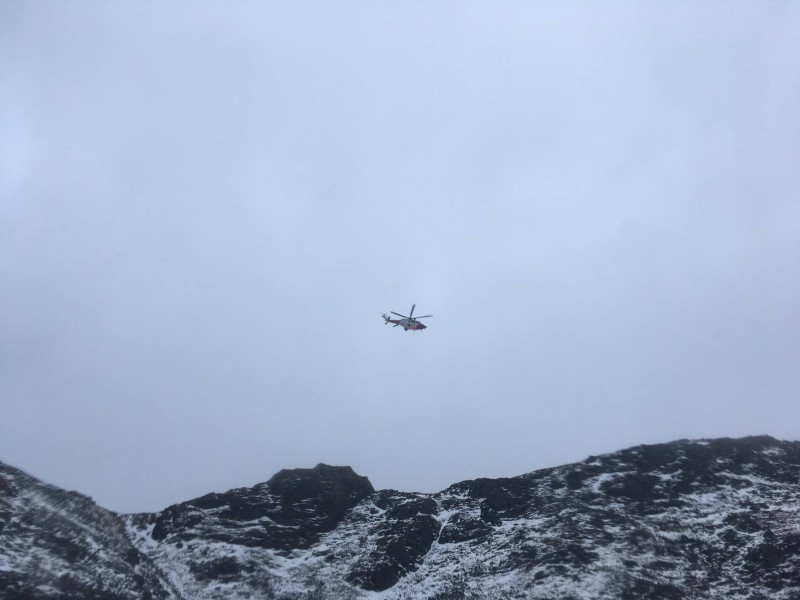 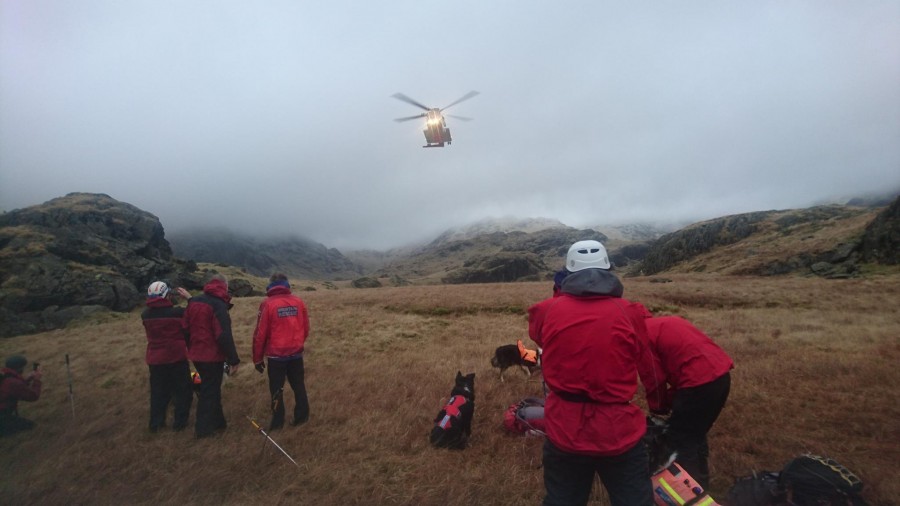 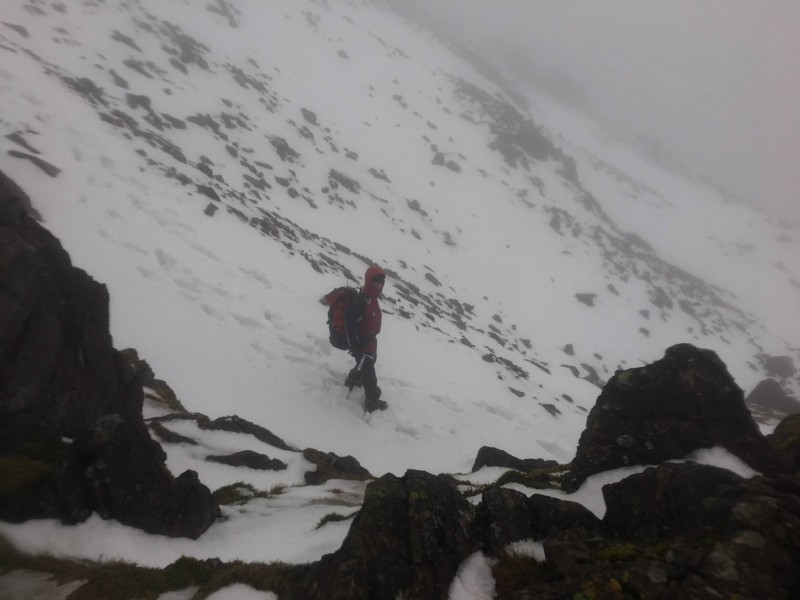